The Longest Year Of My Life

I'm not kidding when I say it has been THE longest year of my life. Not one other year has had such lows or one that has changed me so much. It has now been one year since I was diagnosed. I cannot believe that one year has come and gone. It feels like a lifetime ago that I was a normal teenager with hair and just a sore knee.

I sent the year off in style with an awesome party with copious amounts of drinking and dancing, it was the best way I could have imagined to finish a horrible year and set the scene for what is to come and oh is there ever things to come.

Today, I went to Victoria University open day. It was such a nice day and it made me really look forward to next year. It sounds so interesting and exciting but also it's getting closer to the time that I am going traveling!!!

I have booked a Contiki which is UBER exciting!! I am going with my lovely friend Steven Petris who is one of the most lovely friends I could have asked for. He however will murder me for giving away that he is secretly a wonderful person. I'm going away for three months in 23 days!!!

But before I can even contemplate that I am going to Auckland to visit the suregon, Christchurch to visit my friends down there and to Hawkes Bay to stay with my grandma! Life is going once again at such a fast pace and I could not be happier.

I am healthy, I am happy and it's amazing. To not wake up every day and want to vomit or not to walk up the stairs and need a sleep!! Even having enough energy to have a shower is a massive achievement!!!

Not everything is perfect but it's so much better that I really cannot complain. I truly am blessed with a wonderful bunch of friends and an amazing family. Speaking of which my amazing cousins all came to stay for my birthday!!! Don't they look dashing??? 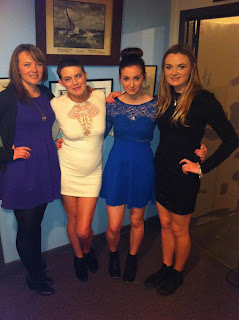 How A Haircut Can Hurt

Miley Cyrus is such a beautiful girl, no matter what you think of her music this is a fact. At the moment all over Facebook is pictures of her 'radical' new hair cut and it kind of hurts me looking at the comments that some people are making about her.

Miley Cyrus is a stunning girl who rocks short hair or long hair. I on the other hand am very ordinary but when people call someone who looks like she does "ugly", "a butch looking dyke", "dumbf**k" and so many more names it shouldn't hurt me but it does.

Is that what people think of me when they walk along the street? If someone who looks like her can't be considered beautiful with short hair what is the chances that I can? I find it difficult to accept the way I look because it has changed so much but how can I like how I look if nobody else does? 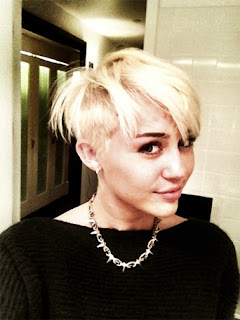 Last week I turned into a scarfie who awkwardly had no scarf as I forgot it. That's right! I braced the cold and saw my friends in Dunedin and what a wonderful week it was. I have not been as happy as I was during that week in the longest time.

I almost felt like a normal teenager. I still have a long way to go to being like everyone else, I still occasionally need naps in the afternoon and my leg still hurts if I push it too far!! But life is looking up. I actually cannot wait til it's me at University! 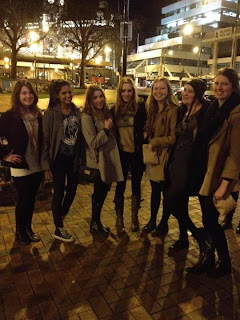 This is a photo of the lovely QMC girly dinner!! 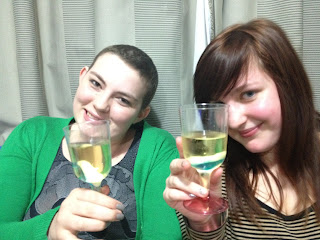 The lovely Sarah and Kate and I had a lovely girls night in watching 'Finding Nemo' and having a cheeky few. The blue thing's are shark lollies because obviously they wanted to go swimming!

I used to have trouble even imagining my life would be like it is now!! Everything is happening so quickly, time is seeming to fly by. I have now been back for over a week (I needed a wee bit of recovery time!) but it only seems like I just got back!

It's nearly my birthday too which means that it has nearly been a year since all of this started. I was diagnosed on the 25th of August last year, the day before my birthday and in 16 days it will be my one year of living with cancer.

1/19 of my life. It feels like a lifetime ago that I was a normal eighteen year old. I don't think I ever will be normal again. I think in a way this will affect me for the rest of my life. Not just physically with things like not being able to play sports and being limited with movement but also mentally it will always be a part of me.

But as I move further on I make new memories that don't relate to cancer. It will always be there but there is life after cancer and those who care that I had cancer don't matter and those who don't care at all do.

I love working at the library because the kids do not care about anything, not what you look like but just if you are nice or not. It also supplies great entertainment. Today a little boy came into the library crying, apparently some girl had given him a hug and he now he had girl cooties and they were incurable. He said this as he was hugging me, he then looked up and said "Oh no!!! You're a girl too!!!" and howled harder.

Thankfully cancer is not contagious but obviously girl cooties are.